The future
of disinfection

Contamination in many areas of our daily life poses serious dangers to public health and increases the economic and social burden on health systems, clinicians, their staff, and the public.

Disinfection and removal of contamination of the air by photo-catalysis (using the Airandé AP-13 air purifier).

The Airandé Disinfection System is the result of innovation in clinical and scientific settings.
This has drawn on the expertise of the very best thinkers and practitioners in the disinfection world.

Airandé’s Global Research and Development team has its headquarters in Belgium.

The Design and Engineering of the System has been done across three continents: Australia, China, and Europe.

Manufacturing of different elements of the system is done in Germany, Australia, China, and the USA. All of our manufacturers and suppliers are accredited to ISO 9001:2015. Some are also accredited to ISO 13485:2016.

Airandé maintains a QMS system which is currently being reviewed and audited to allow the company to be certified under ISO 13485.

H2O2 is the best alternative solution for disinfection 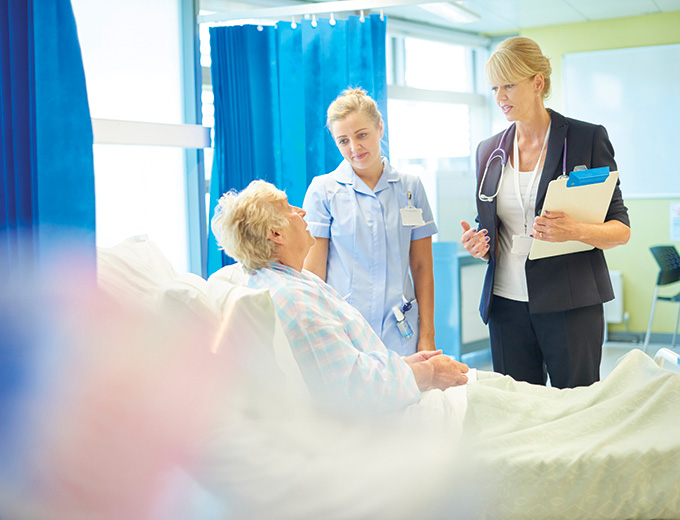 Contamination in healthcare settings poses significant danger to clinicians and their staff, and their patients.

There are many sources of infection in healthcare. These increase mortality and morbidity. They place an additional and unnecessary strain on medical systems through increased bed-stays and greater economic costs.

According to Agozzino et al (2008) the estimated economic cost of health-care associated infections ranges from €3.5 billion in the United States, to €1.3 billion in England, and €2.5-5 billion in Italy.

Magill et al (2014) in the 2014 HAI Prevalence Survey reported that in 2011 there were an estimated 722,000 Hospital Acquired Illnesses in US acute care hospitals. Additionally, about 75,000 patients with HAIs died during their hospitalization.

Reducing the incidence of nosocomial infections has become a primary objective of all healthcare facilities. Certain bacteria that cause nosocomial diseases are resistant to treatment by antibiotics (e.g., VRE, MRSA, and Pseudomonas). It has been estimated that 20% to 30% of annual contamination would be preventable.

The Airandé approach to disinfection strengthens the opportunities for healthcare operators to reduce nosocomial infections and diminish the prevalence of HAIs. 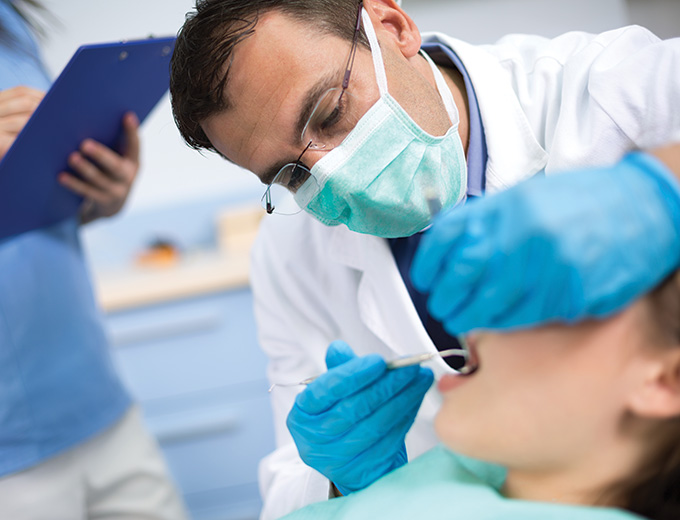 Research confirms that contamination in dental surgeries poses significant dangers to dentists, their staff, and their patients. Bennett et al (2000) reported that dentists in general practice and their assistants have an increased risk of exposure to aerolised microbiological pathogens. For example, they are potentially exposed to a higher risk of exposure to Mycobacterium tuberculosis than the general public.

Monorca et al (2000) observe that dentists and their staff show higher concentrations of serum antigen and antibodies for hepatitis B, hepatitis C, and Legionella spp than the lay population and an increased prevalence of respiratory infections and symptoms related to aerosols.

Contamination and the transmission of infection in the dental surgery occurs in many ways – through patient-related contact, the water in lines, and contaminated hands, instruments, and surfaces. Contamination also happens through the air as a result of aerosols generated during treatment or through inter-human transmission.

Airandé’s non-toxic, environmentally friendly solutions to contamination strengthen the infection control practices that should be a part of the protocols of every dental surgery. 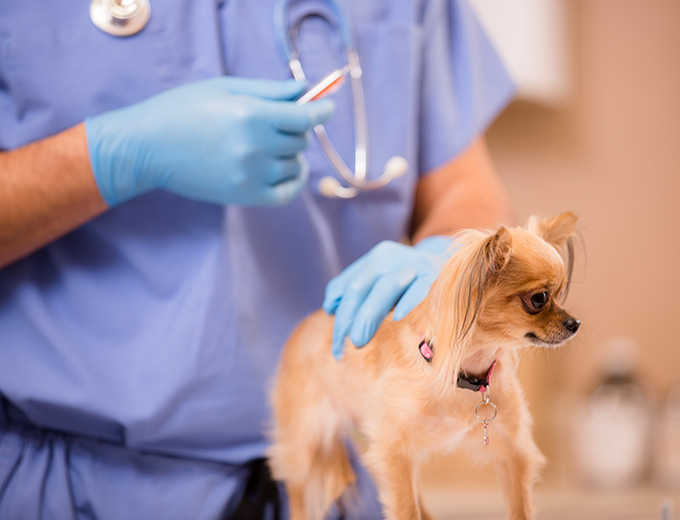 People and animals live together in close proximity. A wide variety of agents can be transferred from animals to humans, from the prion, viruses, bacteria and fungi, to protozoa, helminths and arthropods. Interactions between animals and humans may occasionally result in infection. It is estimated that of the 1,415 agents causing disease in humans, 868 (61%) are zoonotic. Moreover, of the 175 pathogens defined as emerging infections, 75% are zoonotic (Taylor et al. 2001; Jones et al. 2008).

Veterinarians, their staff and clients are at greater risk of contracting or transferring zoonotic disease due to their extended contact with animals. Recent cases of sickness and deaths among veterinarians and animal handlers have highlighted the grave danger of emerging and established zoonoses for those who treat and investigate animal diseases. 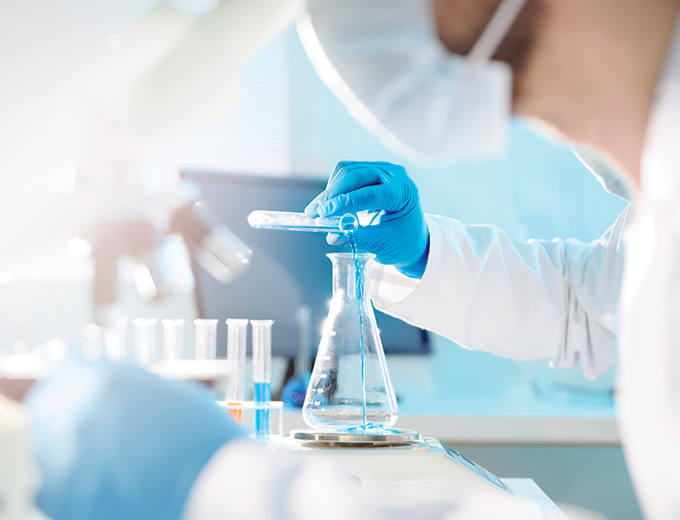 Contamination in laboratories poses significant risks to researchers, other laboratory workers, and to public health through laboratory-associated infections.

The microbiological and biomedical laboratory is an environment where the handling of micro-organisms or samples can contaminate workbenches and other surfaces in the laboratory and researchers and technicians.

Without effective disinfection, micro-organisms colonize on surfaces and create a biofilm in which certain bacteria take refuge and resist bioicides.

Airandé understands the challenges of disinfection in the laboratory environment. As such, Airandé can work with owners and managers of laboratories to ensure that they can manage appropriately the contamination risks and develop a disinfection and infection control practice that should be a part of the protocols of every laboratory. 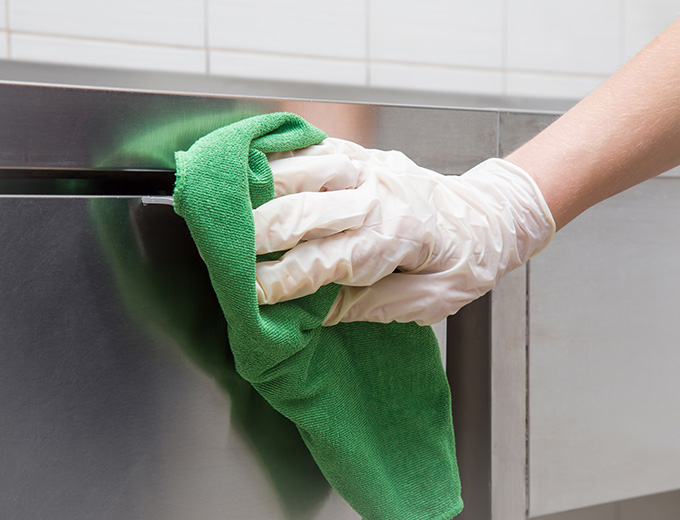 Norovirus is the leading cause of illness and outbreaks from contaminated food globally. Most of these outbreaks occur in the food service settings like restaurants and cruise ships. Norovirus outbreaks can also occur from foods, such as oysters, fruits, and vegetables, that are contaminated at their source.

Fresh food and vegetables start to break down and become contaminated from the time they are picked. Airandé’s product range can help extend the life-cycle of fresh produce both in transport and in storage.